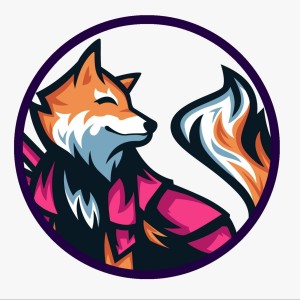 According to a 2018 Deloitte Institute study, U.S. manufacturers could see 2.4 million manufacturing jobs go unfilled between now and 2028. That’s 53 out of every 100 job vacancies.1 According to manufacturing executives, the top three reasons for this are:

While we can’t do anything about retirements, the Level UP Learning Centers allow you to explore the many occupations that are possible with a high school degree and training in manufacturing, construction, and STEM.* That’s right, STEM. Manufacturing and the trades have gone high-tech and understanding how technology works and how to apply it is critical in any job in this field.

Many “blue collar” careers have been given a bad reputation. Students are encouraged to pursue university and high paying careers without giving thought to the abilities and gifts of the student.

For workers who don’t continue formal education after high school, finding a steady, well-paying job can be tricky. It seems all signs for a successful future point to earning a four-year college degree in today’s labor market, but there are plenty of high-paying opportunities out there that will allow you to forgo academia in favor of technical or on-the-job training.

To help job seekers better focus their efforts, CNBC Make It combed through data from the Bureau of Labor Statistics to identify the occupations that pay workers more than $75,000 a year and do not require a bachelor’s degree. Of course, that doesn’t mean studying won’t be necessary. Many of these roles demand extensive on-the-job training, certifications, lengthy internships or an associate’s degree.

The efforts will be well-worth it, though. Nailing one of these top-dollar jobs can drastically increase the odds you’ll be out earning those with a similar education and, maybe even out earning those with a four-year degree. After all, the average annual salary of someone with a high school diploma is $35,256; those with an associate’s degree rake in $41,496 a year, according to the BLS. But with one of these roles, you’ll be well above that and can even brag to your bachelor degree friends, who are probably earning around $59,000, about your job and the fact that you didn’t have to take on $37,000 in student loans, the typical amount a student graduates with these days, to get it.

If you want to earn into the high five-figures without college, consider one of these 15 occupations:

These pilots handle unscheduled flight activities, such as aerial application, charter flights and aerial tours. Some, known as corporate pilots, transport company executives. They are also typically responsible for other non-flight duties such as scheduling flights, arranging for maintenance of the aircraft and loading luggage.

To become one, you’ll need a commercial pilot’s license and high school diploma. Most commercial pilots complete their training with independent FAA-certified flight instructors or at schools that offer flight training.

These types of law enforcement officers collect evidence and gather facts for criminal cases. They conduct interviews, examine records, observe the activities of suspects and participate in raids and arrests. They typically specialize in one type of crime such as homicide or fraud and work on a case until an arrest and trial are completed or the case is dropped.

To become a detective, you’ll need at least a high school diploma, although many federal agencies and some police departments require college coursework or a college degree.

Keeping people moving with little personal effort is big business. Demand for elevator installers and repairers is expected to grow at 12 percent in the next seven years, much faster than the average rate for most U.S. jobs, according to the BLS. These workers install, fix, and maintain elevators, escalators, moving walkways, chairlifts and other lifts. Elevator repairers typically earn a little more as their job requires a greater knowledge of electronics, hydraulics and electricity than do installers, since a large part of maintenance and repair work is troubleshooting.

Becoming an elevator installer or repairer starts with a four-year apprenticeship program sponsored by a union, industry association or individual contractor. To enter such a program, you’ll need a high school diploma. Even after the program, on-going training is required and 35 states, currently, require an installer or repairer to be licensed.

Coordinating the safe movement of aircraft pays top dollar, but it also requires lots of training. Air traffic controllers are responsible for directing aircraft in the ground and air, controlling all ground traffic on runways and taxiways and giving landing and takeoff instruction to pilots. Because their role impacts the safety of hundreds of passengers per flight and typically requires quick decision-making for multiple aircraft, they must be trained and licensed.

Many people become air traffic controllers by obtaining at least an associate’s degree through an Federal Aviation Administration (FAA)-approved Air Traffic Collegiate Training Initiative (AT-CTI) program. All air traffic controllers must also hold an Air Traffic Control Tower Operator Certificate or be otherwise appropriately qualified. Controllers are then tested throughout the course of their career, needing to pass a physical exam each year and a job performance exam twice per year.

Overseeing the operations of a funeral home may seem a morbid job, but it is a highly rewarding one. These managers need to not only be skilled in handling typical business tasks like staffing, marketing and maintaining revenue, but also at offering counsel and support to grieving families, arranging for the removal of the deceased’s body, preparing the deceased for the funeral, and filing death certificates and other legal documents with appropriate authorities.

Typically, an associate’s degree in funeral service or mortuary science is all the education that’s needed to become a funeral service worker. On the job training, however, is also important, as those studying to be funeral directors and morticians must one to three year-long internships and pass a state and/or national board exam.

These workers control nuclear reactors. They adjust control rods to affect how much electricity a reactor generates and monitor reactors, turbines, generators and cooling systems.

Also known as systems operators, these workers control the flow of electricity as it travels from generating stations to substations and users. They monitor current converters, voltage transformers, and circuit breakers over a network of transmission and distribution lines as well as resolve problems such as transformer or transmission line failures.

To become a power plant distributor or dispatcher, you’ll need a high school diploma combined with several years of onsite training and experience. Those whose work could affect the power grid may require certification through the North American Electric Reliability Corporation’s System Operator Certification Program.

Power plant operators control and maintain the machinery used to generate electricity and distribute power among generators. They must also correct voltage and flows to meet changing consumer demands depending on the time of day.

Becoming a power plant operator requires a similar path to becoming a distributor or dispatchers. As with those roles, you’ll need a high school diploma and will be expected to complete several years of on-site training and experience. You may also require certification through the North American Electric Reliability Corporation’s System Operator Certification Program, if your work could affect the power grid.

These healthcare workers prepare radioactive drugs for patients to assist with imaging or therapeutic purposes. They operate the imaging equipment used to diagnosis and treat patients. They may also help physicians in researching the uses of radioactive drugs.

Monitoring radiation is an average day for these technicians who typically work in nuclear energy production or help physicists and engineers in nuclear research. They operate the equipment necessary for these nuclear experiments or power generation and track the levels and types of radiation that are produced by such activities. Testing air, water and soil samples for radioactive contamination can be another aspect of their job.

Part of the healthcare teams called in to treat cancer, these therapists operate the machines that deliver concentrated radiation therapy to a patient’s tumor. They are also responsible for explaining treatment plans to patients, determining the region of the body receiving treatment, and checking for unusual reactions.

Employers usually prefer to hire applicants with at least an associate’s degree in radiation therapy, though some companies accept those who’ve completed a certificate program. In most states, radiation therapists must be licensed or certified. Requirements vary depending on the state but typically include passing a national certification exam.

In-demand in the movie and film industry, these workers install, maintain and repair audio and visual systems in businesses and homes. They also typically train customers in how to use the equipment appropriately.

Breaking into this role requires only a high school diploma, though those with experience in electrical installation and repair or those with a certification or associate’s degree in a related field may find it easier to get hired. Workers will need short-term on-the-job training.

First-line supervisors of police and detectives

More commonly known as patrol sergeants, police captains or police sergeants, these law enforcement workers earn a premium thanks to their management role directly supervising and coordinating the activities of a police force. It is their responsibility to ensure that cases and procedures are conducted correctly according to the law. They may also train new staff.

To graduate to this level, an officer needs a high school diploma as well as on-the-job training.

As the name suggests, these are fire fighters who are responsible for supervising and coordinating the actions of other fire fighters engaged in battling blazes or those working on fire prevention measures. They may also need to oversee rescue operations. Enforcing correct departmental procedures fall to them as well.

To take this rank in a fire house, workers typically have attended some college, but no degree is required, and do a fair bit of on-the-job training.

These managers oversee the allocation and shipping of merchandise in the most cost and time efficient manner. They plan, direct and coordinate all transportation of goods to ensure correct distribution.

To enter this role, you’ll typically need a high school diploma and at least five years of experience working in a related field.

I’m Here To Assist You